The July 31 deadline to apply for Butt Lite X is near. We could just say that. But how about a nice little story to go along with the nudge?

At this year’s Iron Butt Rally there was a lot of talk about old-school. At TeamStrange, we’re cognizant of history and we approve of old-school.

So y’all know that Eddie James was a founder of TeamStrange, of the Minnesota 1000, and Butt Lite. But Eddie also put together the Grand Tours – starting with the I’ve Been Everywhere Tour in 2000 (visit the locations in the song I’ve Been Everywhere), the Presidential Tour in 2001 (towns named after US presidents), and more. Later in the 20-teens (or whatever that decade is called) Eddie’s brother Jon picked up the baton with the 30th Anniversary Grand Tours, the Whispering Giants Grand Tour, and more. This year’s TeamStrange Grand Tour is States of Confusion, which is . . . well, confusing.

Anyway, States of Confusion rider # 40 inquired about whether a particular building would meet the qualifications for an SOC location. Perusal of the area in Google Maps turned up something that greatly amused the SOC rallymaster.

If you knew Eddie, you knew that he had a mischievous sense of humor and an anti-authoritarian streak. 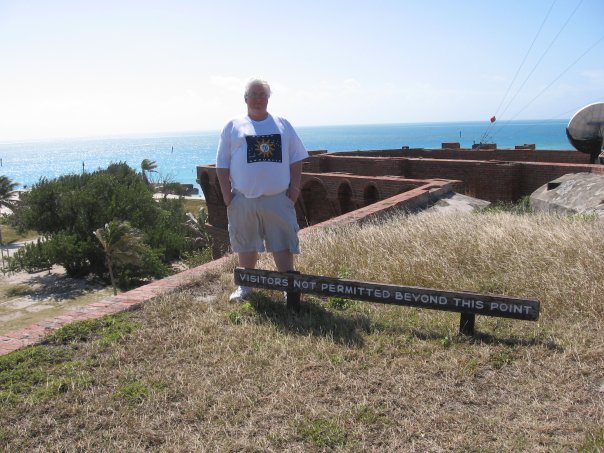 These tendencies came out in the license plates on some of his motorcycles. Back in the day, Eddie was working at a Harley-Davidson dealer in the Twin Cities, and would ride his BMW to the store. One day Eddie’s BMW was parked out front and the irate and somewhat geographically-challenged owner screamed at him, “Park that Fucking Jap Bike out back!”. Thereafter, Eddie usually had a Bavarian-built BMW with the license plate “FJB”.

At some TeamStrange event, Eddie was downright giggling. He was giggling because he’d just got a new license plate for another of his bikes, and this one said “DONEY“. For those not into the blues as depp as Eddie was, a doney is a term for a woman, often disreputable, and most famously in the Robert Johnson song “I Believe I’ll Dust My Broom” and as electrified by Elmore James in “Dust My Broom“:

I don’t want no woman want every downtown man she meets
She’s a no-good doney, they shouldn’t allow her on the street

Eddie was positively delighted to have put one over on the Minnesota DMV.

So how does this relate to States of Confusion? At the request of the rallymaster, SOC Rider # 40 sent back a photo of a road sign close to the SOC location. Eddie would think this was pretty funny. Thank you SOC Rider # 40.

We always have questions on this.

The top ten finishers in Butt Lite X will be eligible for no-draw spots in the 2021 Iron Butt Rally. That means you get to bypass the IBR drawing process. Whether you must meet any additional qualifications that the IBR may impose is up to the IBR. If you finish in the top ten in Butt Lite X and you already have a spot in the 2021 IBR, bully for you. Un-used no-draw spots do not pass down to Butt Lite finishers below #10.

However, the first place finisher in Butt Lite X gets his or her IBR entry fee paid by TeamStrange, whether he or she already had a spot in the IBR or gets in via the Butt Lite top ten no-draw entry. So, another good reason to strive for first.

Please read all the information below before proceeding. We know you’re anxious, but reading comprehension is always important:

Light fuse, get away. 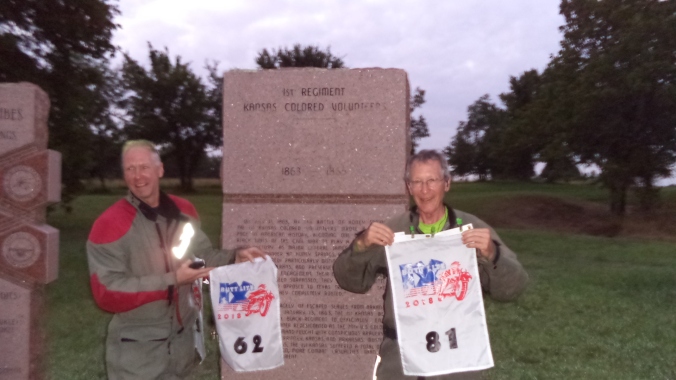 You know I need someone

Some quick analysis of the top 3 riders on leg 1:

The three riders’ routes were similar yet built of different bonuses. 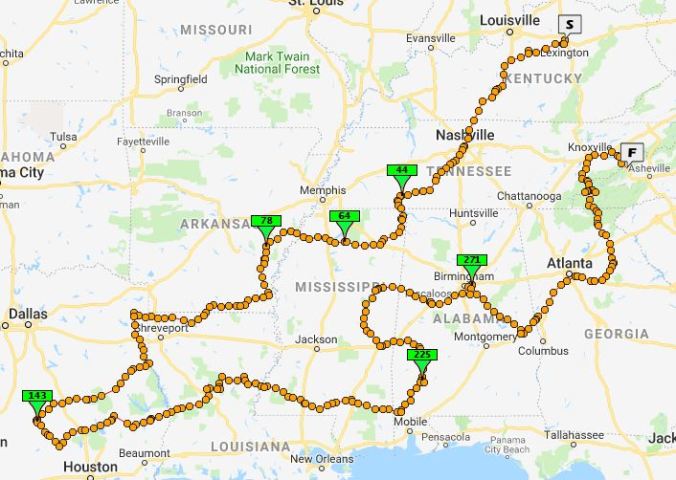 What does all this mean for the second half of the rally? We’ll know in a little over 24 hours.

We had reported the Schlemans as being out of the rally with mechanical issues on the brand new Gold Wing but they got it sorted out (bad battery) and got to the checkpoint on time.

John Frick and Rick Snyder may have planned their route with an ulterior motive, because we heard that they stopped off at the BMWMOA rally in Iowa in mid bonus hunting. John seems to be having a good time because he hasn’t called to yell at us this time, yet.

Bruce and Adrian Scudella have withdrawn for non-rally related reasons. They’re veterans of many Butt Lites and we’re sad to see them go.

Ian McPhee’s R1100RT blew it’s final drive (how often have we heard that one) but thanks to fellow IBR rider Bob Lilley, is back on the road.

The big topic for discussion after this rally will be GPS navigation, for many reasons which we’ll talk about later. All we’ll say at this point is, if your GPS sends you down a goat trail and we didn’t tell you you needed to be there, maybe don’t listen to the GPS